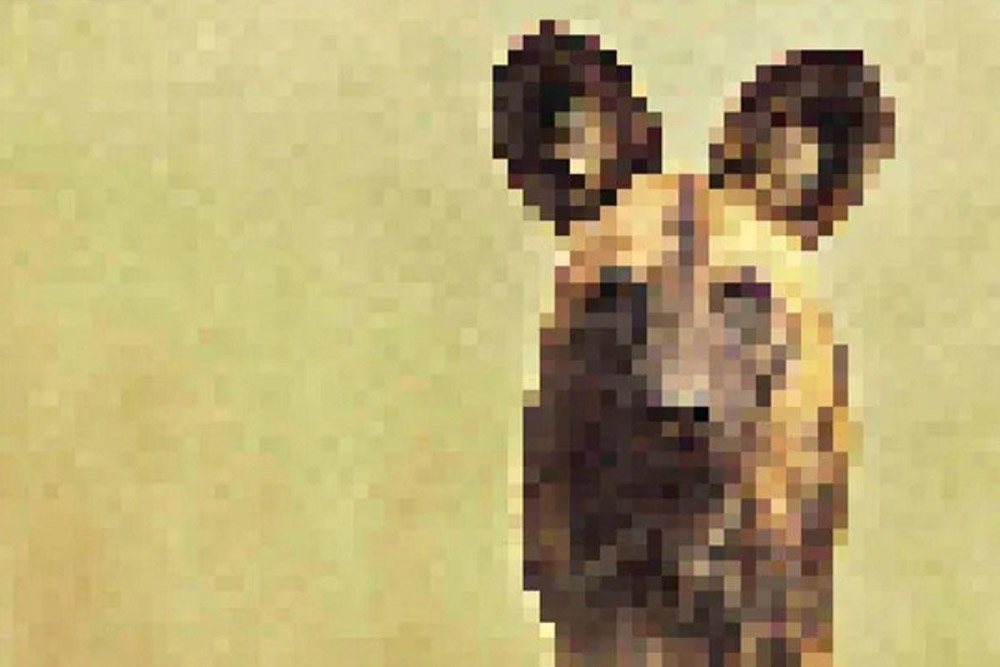 Imgur genius and digital artist JJSmooth44 showed us some really concerning statistics about the decline of certain animals, but he did it in a super unique way. Instead of feeding us raw facts that go along with staged or uninspiring photos, he served us something fresh: using pixelated images, he showed us how many animals of each species in question are left today.

This means that in each image, the number of pixels represents the actual (approximate) number of the animals of the given species left on Earth. It can be sad to consider how some species are declining, and how in some cases, we bear some responsibility. But props to JJSmooth44 for raising awareness regarding this important issue, and double props to him for doing it in a phenomenally creative way!

Something to Keep in Mind When We’re Discussing Extinction

We feel it’s important to mention a common misconception concerning animal extinction. Although humans, in many cases, do bear some responsibility for the decline of certain animals, we are not the only culprits. There are other causes (besides the man-made ones) that drive extinction.

Note that over 99% of all the species that have ever lived on our planet are extinct. In her insightful Pulizter Prize-winning book The 6th Extinction, Elizabeth Kolbert shows that for millions of years, species have been going extinct. Just think of the dinosaurs – they’re long gone, and through no fault of our own. Ok, maybe they’ll be back though. It’s not hard to imagine a Jurassic Park scenario…

Nonetheless, we are partly responsible for the extinctions going on today. We change the environment by cutting down trees and by overfishing the oceans, to name a couple of causes. So this is why JJSmooth44’s work is so important: it draws attention to our environmental shortcomings and makes us want to be better.

The digital artist was inspired by a series he saw on World Wildlife Fund. After drawing inspiration there, he decided to try something new. He said “I did it as a programming challenge.” The results are simply amazing. Some images are relatively clear, like the gorilla, of which about 17,000 remain.

Members of some other species are so scarce that you have zero chance of deciphering the animal. Take, for example, the Javan Rhino (below), of which, unfortunately, about only 60 remain. Others are somewhere in the middle. The image is clear enough to allow you to make out the animal, but it feels as if your computer is still loading. One of these is, for instance, is the giant panda, of which it is estimated that 1,864 are left.

As we mentioned previously, it’s sad to look at some of these photos. But only by digging in, staying up to date, becoming aware, and in turn raising awareness, can we bring attention to the decline of some of our most beloved species. Thankfully, awareness is steeply on the rise, and multi-national initiatives are happening all over the world, initiatives that aim to preserve endangered species.

What can you do about it? There are tons and tons of things you can do, and here are a few of them. Try to reduce your water consumption. Refrain from buying plastic products – recycle and buy sustainable products. Get involved in environmental activism. This list is not exhaustive. We hope you enjoyed JJSmooth44’s photos as much as we did, and we hope you enjoyed the read! Bye for now.