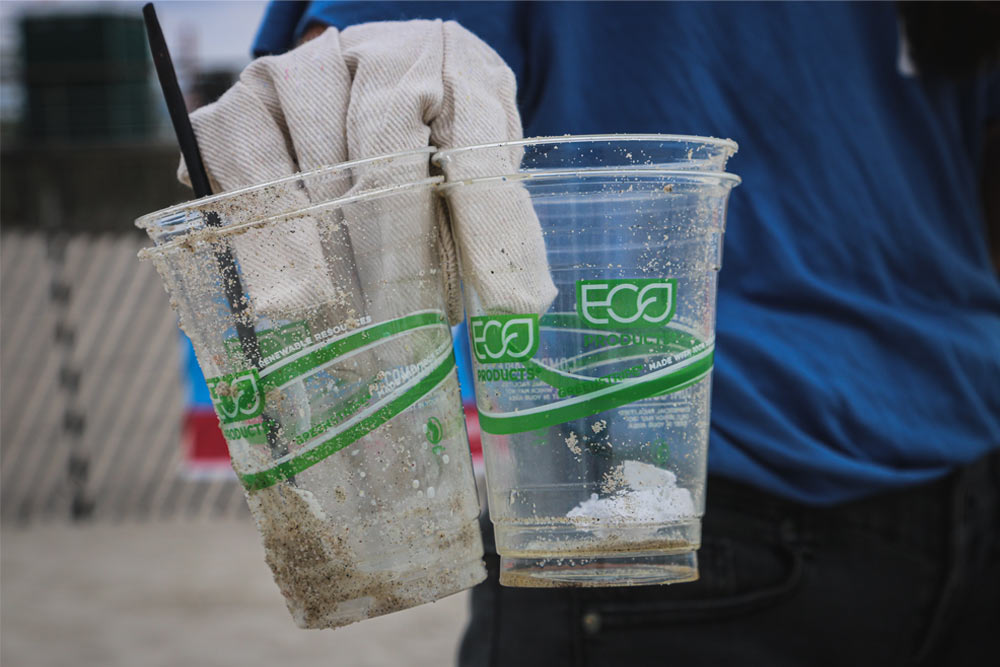 We’ve all seen how corporations and brands are making strides to become more eco-friendly. But it’s becoming clear that many associations are simply profiting off of trending buzzwords rather than putting ethical decision-making into practice. At For What It’s Earth, we’re unpacking what greenwashing is and why it’s becoming harder than ever to be a smart consumer.

Greenwashing is a term coined by environmentalist activist Jay Westervelt in 1986. The term refers to when businesses either mislead their customers about their green credentials or simply make false claims about how much they’re doing to be environmentally responsible. Naturally, that makes it harder for us to choose which companies to support with our coin.

Scandinavian fashion retailer H&M are an example of a huge corporation that’s being called out for unethical and misleading business practice. They unveiled their “Conscious Collections” in 2012 with the express understanding that they will be creating high street fashion through sustainable means. One of their biggest selling points for the collection is that the clothing items are made with “environmentally-friendly materials.”

But as one of the biggest international high street fashion brands, the sheer volume of what they produce is tremendous and exceedingly excessive. Even in recent years, they’ve been under fire for unethical manufacturing practices and accused of abusing the garment workers in their south-east Asian factories. There’s been little to no effort made to clarify to their consumers how they’re countering the detrimental impact the company has on the environment. But there are plenty of campaign shots being marketed of luscious plants or models frolicking in a field.

While H&M is just one of several fashion houses giving us radio silence on the matter, it’s not just the fashion industry that’s guilty of greenwashing (unfortunately.) Disposable pen and razor company BIC garnered the wrong sort of attention for their line of “bio-plastic” razors and “ecolutions” pens. They claimed a certain percentage of the items were made with “pre-consumer recycled plastic” which, when you look into it, isn’t really recycled at all.

On top of that, BIC weren’t offering any real change to how they’re doing business. But that didn’t stop them from bringing out their products in a new green color and preying on earth-conscious consumers. It’s become the new norm for companies to offer some suggestions of being sustainability-minded without having to pull up any facts and figures, proof or documentation. It’s worth remembering that we’re required to dig a little deeper into what a business is actually doing to be environmentally responsible or how they’re holding themselves accountable. And we can put up resistance by hitting them where it hurts – their pockets.