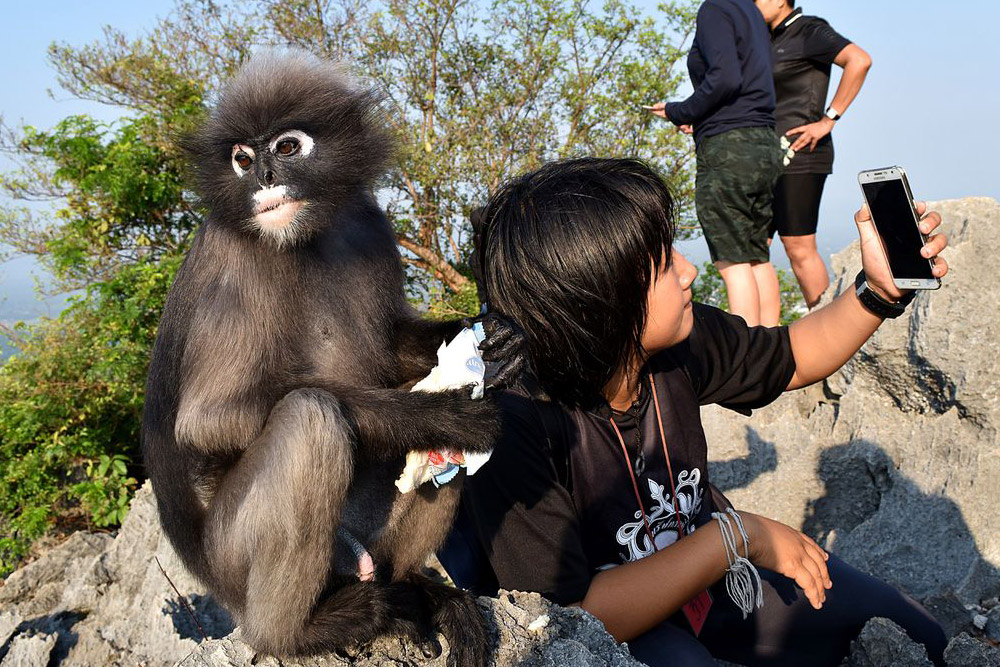 Like some places on the planet, Costa Rica is one of those places where wildlife is plentiful. They have beautiful animals like capuchin monkeys, scarlet macaws, sloths, tapirs, and resplendent quetzals (colorful green birds,) which are a big part of the country’s attraction. Based on studies and surveys, 40 percent of the tourists traveling to Costa Rica go specifically for the abundance of wildlife.

Little do people know, this leads to more significant problems, especially in the era of smartphones – way too many people want selfies with animals. Now, we know that sounds harmless, but the number of people doing so threatens both our and the animal’s health.

However, a new campaign has been launched by Costa Rica officials in hopes of putting an end to this cycle. They titled the campaign #StopAnimalSelfies. The main goal is to promote eco-tourism throughout the country by the Ministry of Environment and Energy.

This campaign will prevent people from feeding the animals, capturing them for pictures and put an end to manipulating animals. If tourists still wish to experience the Costa Rican wildlife, they may follow the simple Animal Protection rules.

If someone finds they haven’t quite had the opportunity to get pictures of wild animals, they can pose with stuffed animals at the airport. There’s that. At the very least, tourists won’t come into contact with pathogens and diseases, which are often carried and spread in the wild.

The Humane Society International supported this campaign and said, “We applaud Costa Rica’s efforts to ensure the health and protection of tourists and the welfare of wild animals. Even though we may not be aware of the dangers of our behavior, this avoids practices that are cruel to animals that don’t respect the wild and their natural behaviors.

Unfortunately, there isn’t much you can do about tourism. When people generally travel to a country for a vacation, considering how you are might affect an animal or how you could be endangering your surroundings, isn’t something most people take into consideration.

Wildlife tourism is a booming business, worldwide. An exposé which was published by National Geographic in June 2019, revealed how little people understand the repercussions of getting wild animals to comply with tourists’ desires. To get the animals to comply, tourists do all kinds of things behind the scenes. Obviously, social media is the big driver behind this, “Setting the industry ablaze, turning encounters with exotic animals into photo-driven bucket-list items,” said Natasha Daly, a National Geographic journalist.

Costa Rica is the very first country to ever move forward in ensuring animals’ safety by stopping animal selfies. It’s a positive step forward in keeping the country’s progressive approach to sustainability and eco-tourism, and hopefully, a trend that will get other countries on board too.