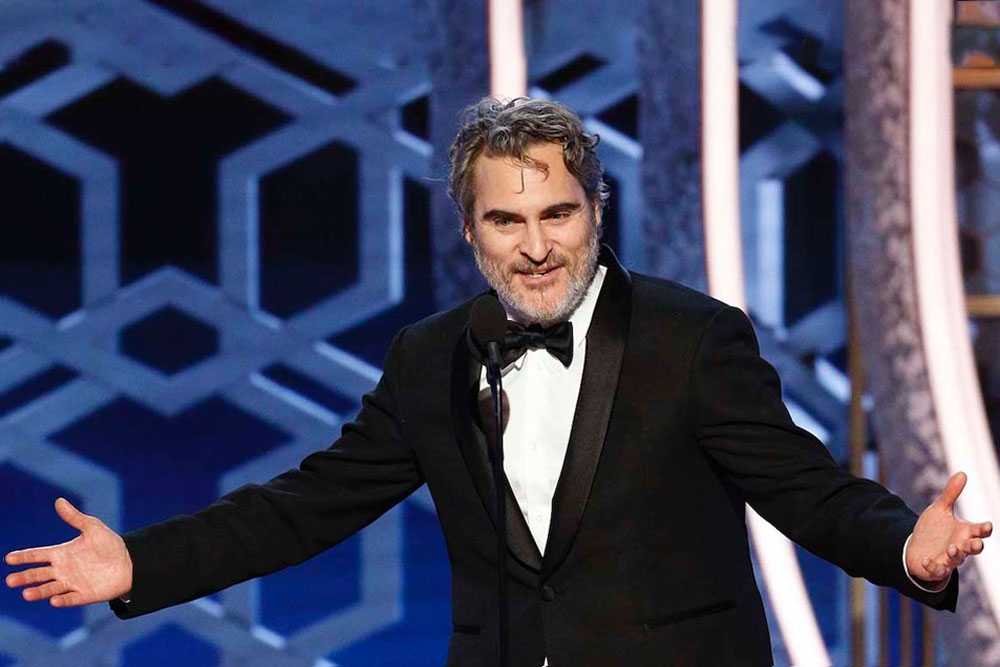 Award-winning actor Joaquin Phoenix has another big passion in life: environmentalism. Not only is he a busy animal rights activist, but he’s also decided to take a stand against the wasteful fashion industry and consumerist culture. He pledged to wear the same tuxedo to any Hollywood awards shows in 2020.

Attending the Golden Globe Awards earlier this year, he scooped up his very own Golden Globe for his recent performance as the titular character in Joker. He used his acceptance speech to get across some serious points about climate change to his well-heeled audience: “We don’t have to take private jets to Palm Springs for the awards sometimes… Please. And I’ll try to do better and I hope you will too.”

Putting up a Fight

The truth is, Joaquin is a well-seasoned activist at this point. He adheres to a strict vegan diet, which he’s been on since the age of three. He advocates strongly for people to join him in abstaining from animal products, for both the lives of the animals and the environmental benefits. He spoke at the Golden Globes about “…the link between animal agriculture and climate change.”

He understands that with his platform, he has an opportunity to steer public opinion towards something so important. Which is why he didn’t let up during his acceptance speech. In January, he put the onus on Hollywood’s power players: “Sometimes we have to take that responsibility on ourselves and make changes and sacrifices in our own lives, and I hope that we can do that,” he told the Golden Globes audience.

The Woman Behind The Suit

The Tux in question was designed by Stella McCartney, pictured on the right, the distinguished fashion designer and fellow animal rights activist. Joaquin’s certainly not alone in working towards change, as Stella’s fashion label is considerably more progressive than her competitors. She refuses to work with real animal skins and furs, opting for vegan material alternatives.

She also encourages those that she collaborates with such as Adidas to work with recycled fabrics. And when she heard Joaquin chose her suit to don for this year’s awards season, she was proud of her association despite the anticonsumerist message. She wrote on Instagram: “This man is a winner… wearing custom Stella because he chooses to make choices for the future of the planet and all of its creatures.”

She continued to gush about Joaquin’s motives and his association with her: “He has also chosen to wear this same tux for the entire award season to reduce waste. I am proud and honored to join forces with you Joaquin…” It’s encouraging to see the CEO of a brand stand beside Joaquin’s environmentalism.