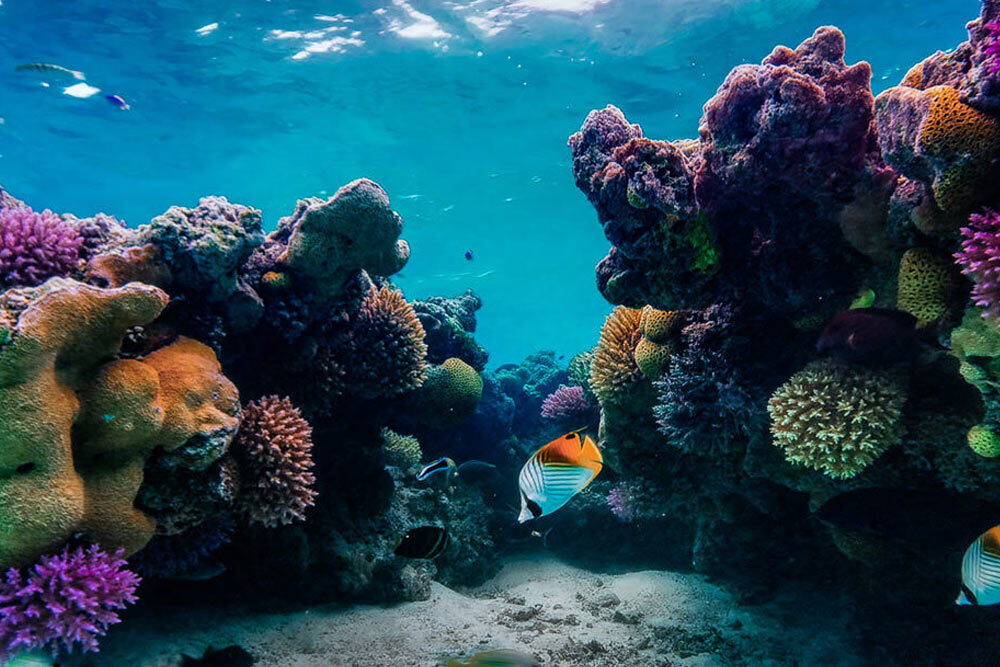 In October 2020, scientists from the Schmidt Ocean Institute announced that they found a new reef just off the northern coast of Australia. It’s close in location to the Great Barrier Reef. And it’s massive! In fact, it’s taller than the Empire State Building.

Not only is it large in size, but it’s also highly diverse and very healthy. Much damage has been caused to coral reefs in the area due to climate change, but this new one seems to have avoided the worst. Read on to find out what experts says about this incredible and colorful new discovery.

Dr. Robin Beaman and her team were conducting a 3D mapping study of the ocean floor around the coasts of Australia. They saw the familiar Great Barrier Reef – the biggest coral reef discovered on the planet thus far – and then something else caught their eye. Detached from the Great Barrier Reef, they saw what looked like a huge tower or spire (see image below) protruding from the ocean floor.

After completing the exciting mapping study, the Schmidt Ocean Institute sent divers to check it out in person and livestream the whole thing. What they found did not disappoint. “We are surprised and elated by what we have found,” said Dr. Beaman. “To not only 3D map the reef in detail, but also visually see this discovery… is incredible,” she added.

The discovery is still so new that as of yet, no data have been published about the reef’s flora and fauna, but preliminary looks have shown that it has the classic ingredients of a coral reef: hard and soft corals, sharks, and fish. Marine biologists are expecting to learn about new species.

In April, scientists conducted research in the nearby Ningaloo Canyon and they discovered over 35 new species of plants and sea creatures. So we’re eagerly waiting to see what will be found in the new (still nameless) reef. “To find a new half-a-kilometer tall reef in the offshore Cape York area of the well-recognized Great Barrier Reef shows how mysterious the world is just beyond our coastline,” said Dr. Jyotika Virmani, executive director of Schmidt Ocean Institute.

As the world’s climate changes, marine life is taking a huge hit. Sadly, species of plants and animals are being wiped out at rates unprecedented in the modern era. Not all of it is due to global warming; the earth has natural cycles of warming and cooling that wreak havoc on biodiversity, but human activity is exacerbating already-existing problems.

Discovering new species that we can learn from can help us gain a deeper understanding of marine life so that we can slow down and reverse damage caused by climate change and work to preserve the species we know of.

Interestingly, this new reef – detached from the Great Barrier Reef – is considered a deepwater reef. That means it’s surrounded by cooler water and it could potentially provide a sanctuary for species struggling to survive in warming conditions elsewhere. Eventually, species thriving in deepwater reefs could help repopulate reefs in shallower waters.