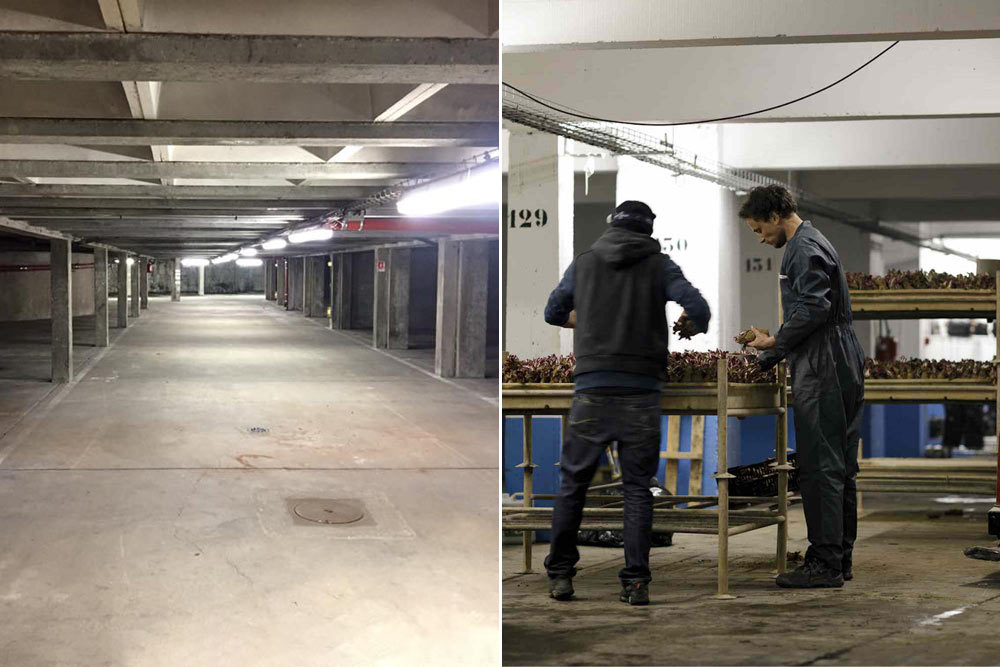 When you think of Paris, you probably don’t think of unused parking lots and mushrooms. What you probably imagine are romantic walks along the Seine, delicious pastries from famous French bakeries, and a melting pot of culture and history. And while this city may be timeless, it also seems to be moving with the times. In fact, modern inventions and companies are taking over – with incredible results.

A company called Cycloponics is paving the way for this new era of Parisian business and infrastructure. You’ll be happy to know that they’re doing this in a way that benefits the city, the world, and the human race, all at the same time. That’s because they’re using abandoned underground parking lots to spark a mushroom revolution. And it’s all totally organic.

One thing you might not know about Paris is that this city is full of unused parking garages. That’s because a law put in place back in 1970 noted that any new residential building had to be built with a parking lot attached to it. Not only that, but this parking lot had to have enough space for two parking bays per apartment. However, in recent years, the number of cars owned and used in Paris has been in rapid decline.

The local government has tried to discourage driving over the years and instead has pushed residents and tourists alike to use public transport. While this has had an incredible effect on the pollution in the city, it’s left many of these parking lots completely empty. And when Jean-Noël Gertz, the founder of Cycloponics, learned of this empty space, he came up with an idea.

Mushrooms are hugely popular in France and have been in high demand for decades. However, the city of Paris has rarely had space – or the darkness – to grow this produce until these underground growing sanctuaries were discovered. Now, “Cave Gardening” has completely transformed the agricultural industry in Paris, and Jean-Noël Gertz’s company has inspired others to use this unused space.

Amazingly, the parking lots offer the perfect growing conditions for organic mushrooms. They are dark and damp, and it’s extremely easy for the company to “recreate autumn.” If you were to walk into the Paris growing lot, which the company has called “La Caverne” you will find “Neat rectangular bales suspended from the ceiling in rows, with small clusters of mushrooms sprouting out of each. Steam pours out of overhead pipes and the floor is under a centimeter of water in parts.”

But Cycloponics hasn’t just helped the environment by offering local, fresh produce options for the people of Paris. They have also outlined their duty as a company to help the environment and the community in other ways. At the moment, only 10% of their remote deliveries are made by car, but they will soon invest in electric cars to ensure their carbon footprint is limited.

The other 90% of deliveries are transported by a cargo bike to their designated food cooperative. According to Cycloponics’ mission statement, “We want to see the emergence of a model of urban agriculture that is both productive and virtuous, help to rethink the city of tomorrow, imagine new ways of producing, restore the image of farmers, often misunderstood, create new local jobs, revitalize neighborhoods, and finally to offer urban residents quality local production.” How amazing is that?