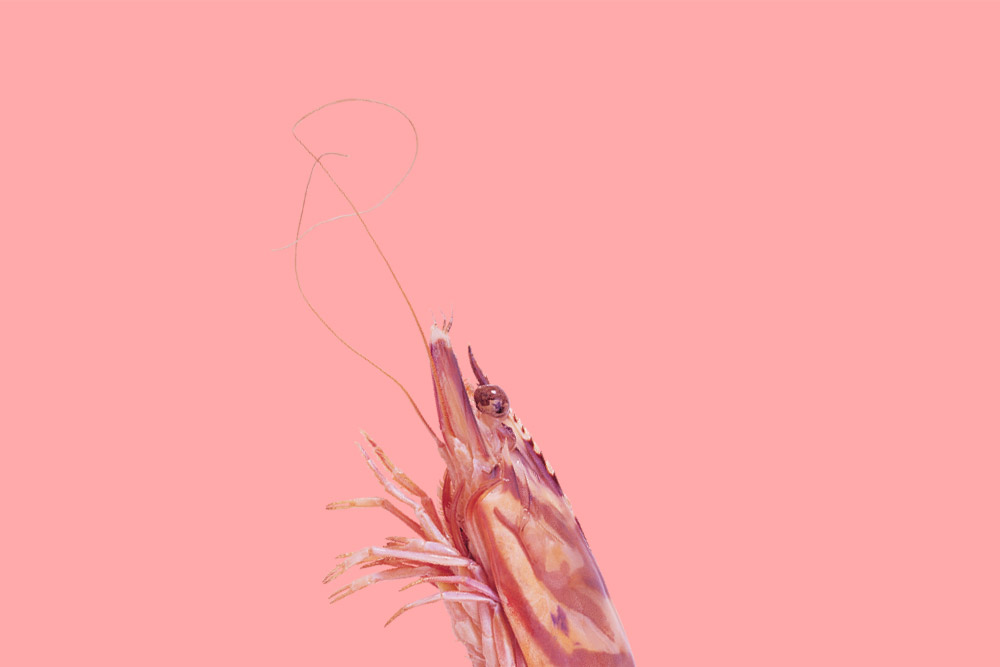 New Wave Foods, an innovative San Francisco-based startup is generating a lot of fresh and exciting noise in food circles. They are working on designing 100% plant-based shrimp. Americans eat roughly four pounds of shrimp per person per year. As we will see, keeping up with this huge seafood appetite may have some undesirable consequences. So really, New Wave Foods’ tasty looking product could not come a better time.

Let’s face it: shrimp are delicious. They’re versatile, packed with protein, sweet, and tender. It’s no surprise that as a global industry, 3.4 million tons of shrimp are fished and farmed every year. But, unfortunately, there are a few difficult problems associated with this massive industry.

Research has shown that in countries from which most of the shrimp come, namely in east and south-east Asia, conditions for the workers are sometimes poor. We obviously don’t want to ignore the injustice against workers in the shrimping industry.

Also, environmentalists have brought to our attention some issues associated with shrimp farming. Due to some of the chemicals required to run and sustain big shrimp farms, we have witnessed some ecological damage and pollution.

When it comes to fishing shrimp from the ocean, environmentalists are concerned about what is called ‘bycatch’. That is, fishing shrimp sometimes risks removing important elements from the ecosystem from which the shrimp originate.

Now, the Good and Exciting News

Yes, we certainly agree with you – the conversation surrounding the shrimp industry is not an easy one. But now, let’s look at the bright side, and it is very bright indeed.

For a few years now, New Wave Foods have been showing spectacular results with their 100% plant-based shrimp. They report that in most taste-test experiments, shrimp enthusiasts don’t even know they’re eating ‘fake’ shrimp. When taking a behind-the-scenes look at this novel product, we see that New Wave Foods truly exhibit ingenuity.

They thought long and hard about how to nail the taste and texture. Since shrimp regularly consume red algae, they needed to largely base their product on algal components. Also, they wanted to make sure that the innovative alternative they offer is healthy, which it really is.

CEO of New Wave Foods, Dominique Barnes, notes that indeed, the texture is the most difficult aspect to get right. So far though, their product has been super successful in hightech cafeterias, including Google offices. The company is now working hard on getting prepared for a large-scale market release.

Feeding Two Birds With One Scone

No doubt, their product looks delicious, and we await their mass-market release in mouth-watering stomach-rumbling anticipation. Also, think about the positive impact these green-friendly shrimp will hopefully have. In one shot, New Wave Foods aims to tackle both the environmental and ethical fishiness involved in appeasing our gigantic shrimp appetites.

If all continues to go well, delicious ‘shrimp’ will be made available to populations who would otherwise not touch shrimp. Such as observant Jews who keep kosher, or vegans and vegetarians. Getting plant-based shrimp right is just the beginning. What’s the next step? Lobster? Fish? Who knows? What’s important is that these possibilities may soon have a place at the innovation and dinner table.