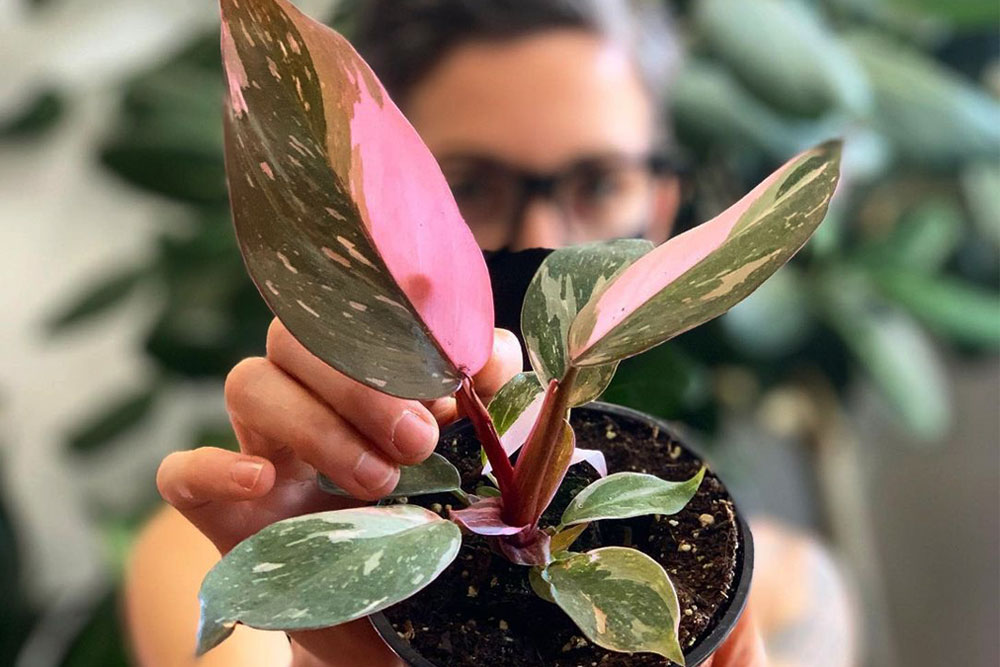 You might have seen the pink princess plant over the last couple of years as it has surged in popularity as a house plant. Also known as the philodendron pink princess, its striking two-tone foliage of forest green and Barbie pink has captured hearts around the world. And it’s easy to see why.

It became the trendiest plant on Instagram, as those who were lucky enough to own this “rare” beauty would undoubtedly show off all its glory. But it’s led to an eye-watering price hike – one pink princess can set you back several hundreds of dollars. And you’re unlikely to get a whole plant for that, as people are only really selling small cuttings.

The pink princess is considered a rare plant, but because the species is endangered. Rather, because of the high demand and scarcity on the market, it is in some cases prized above all else. So much so that unscrupulous plant sellers took to using deceiving methods to trick customers into buying one.

In plant shops all around the world, something called the “pink congo” starting popping with extremely similar looking leaves. And at a much lower price tag of around $100 for a small plant, people thought they’d won the lottery. It was marketed as a hyrbid plant, but one crucial piece of information wasn’t told to the customers.

Tickled Pink (or Not)

As it turned, the new pink congo plant was created to be a direct competitor to the pink princess but with one huge drawback. The striking bubblegum pink foliage was only estimated to last around a year before the plant reverted back to a plain green state. The pink congo’s were treated with a chemical to stimulate the unlikely color, but it would only stick around for a year’s time.

Once the chemical wore out and the pretty leaves eventually dropped, the plant would never again produce pink foliage. Some customers even complained that their plants starting reverting to their green state immediately after purchasing. If you happen to stumble upon one of these beautiful in a plant shop, you’ll want to make sure it really is a pholidendron pink princess before throwing your wallet at it.