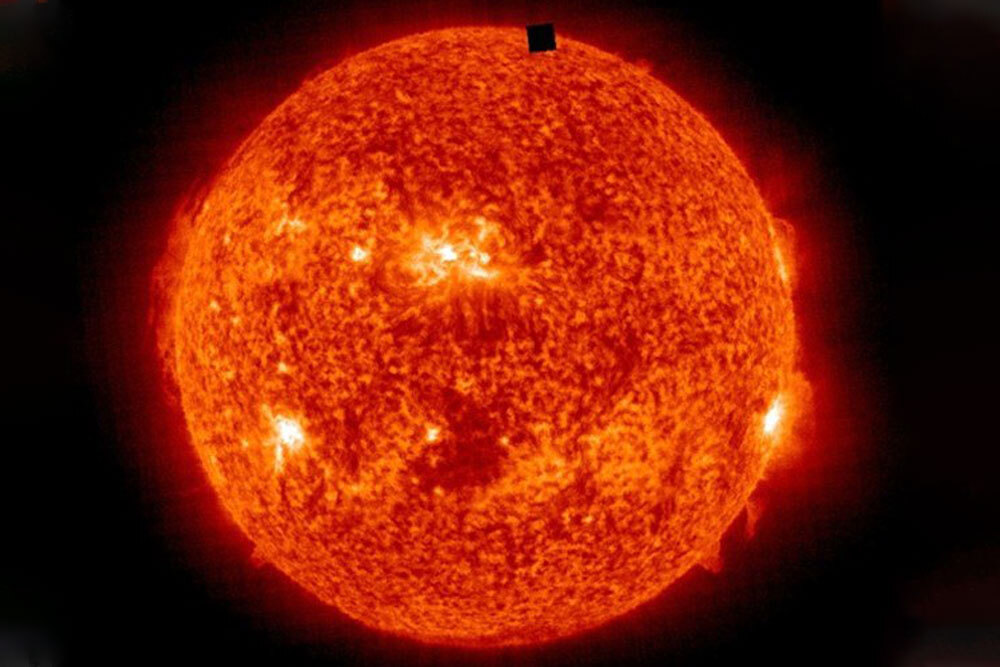 Within the past year, scientists have managed to shoot the closest and most detailed pictures to the solar surface we’ve ever taken. Considering the sun is a huge ball of constant nuclear explosions, and it weighs about 330,000 times as much as the Earth, getting up close and personal (within selfie distance) is extremely difficult.

In February, a new space mission was launched with the goal of photographing the sun in unprecedented high-resolution. But last week, one of the pictures revealed what seemed to be an anomaly. A large black cube, about ten times the size of the Earth, was found floating near the sun. Naturally, the mysterious cube reignited myriad UFO conspiracies.

Among the most outlandish of them was a claim made by well-known UFO conspiracy enthusiast Scott C Waring. He alleged that the black cube, which he claims is an alien spacecraft, makes frequent appearances, hovering near the sun to absorb its energy for fuel. He went on to argue that NASA is well aware of the cube and that the whole thing is an elaborate coverup.

Major outlets add fuel to the fire. For example, The Daily Express published an article called “UFO sighting: Is a ‘black cube’ orbiting the Sun proof of a NASA cover-up?” Twitter is awash with people giving their two cents. One of them wrote, “With the reports of the giant cube near the sun: Has anyone checked on the cuboid tower on Saturn recently? I’m thinking it might have been a demon space ship.”

On some level, we don’t blame them. The cube looks mysterious. But unfortunately (or perhaps extremely fortunately), there is a mundane explanation. The black cube is simply a data transmission error. Because of the vast distance, some of the photographic info being relayed from the space mission to the Earth wasn’t perfect. At the end of the day, the cube is just empty pixels.