There’s only one white giraffe left in the world, and he’s living in Eastern Kenya. But the world has only known that such a creature exists since March 2016, two months after a supposed sighting in Tanzania. Poachers killed two relatives of the last white giraffe however, and they were the only known giraffe’s to share such a unique color. 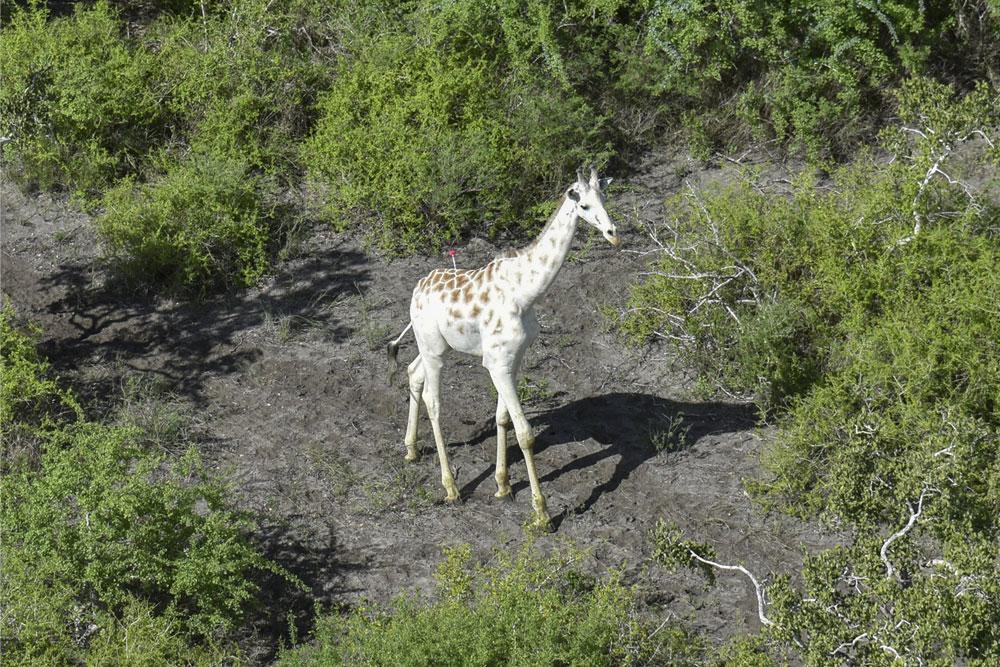 But now that the last white giraffe has been identified, conservation efforts are being made. He suffers from a rare genetic skin condition called leucism, which results in an absence of skin pigmentation. But it’s truly beautiful to behold his bright white body, faded patches, and reddish mane.

When the carcasses of his relatives were founded, a female and her seven-month-old calf, a conservation group decided to step in to protect the last known of its kind. The poached giraffe’s were found in Kenya’s Garissa County, the same place that the last white giraffe lives. Which would mean it’s only a matter of time until poachers take him out.

The Kenya Wildlife Society, the leading conservation body in the country, chose to leave the last white giraffe in his familiar land. “The giraffe’s grazing range has been blessed with good rains in the recent past and the abundant vegetation bodes well for the future of the white male,” a spokesperson stated. So they had to devise another plan to keep him protect. 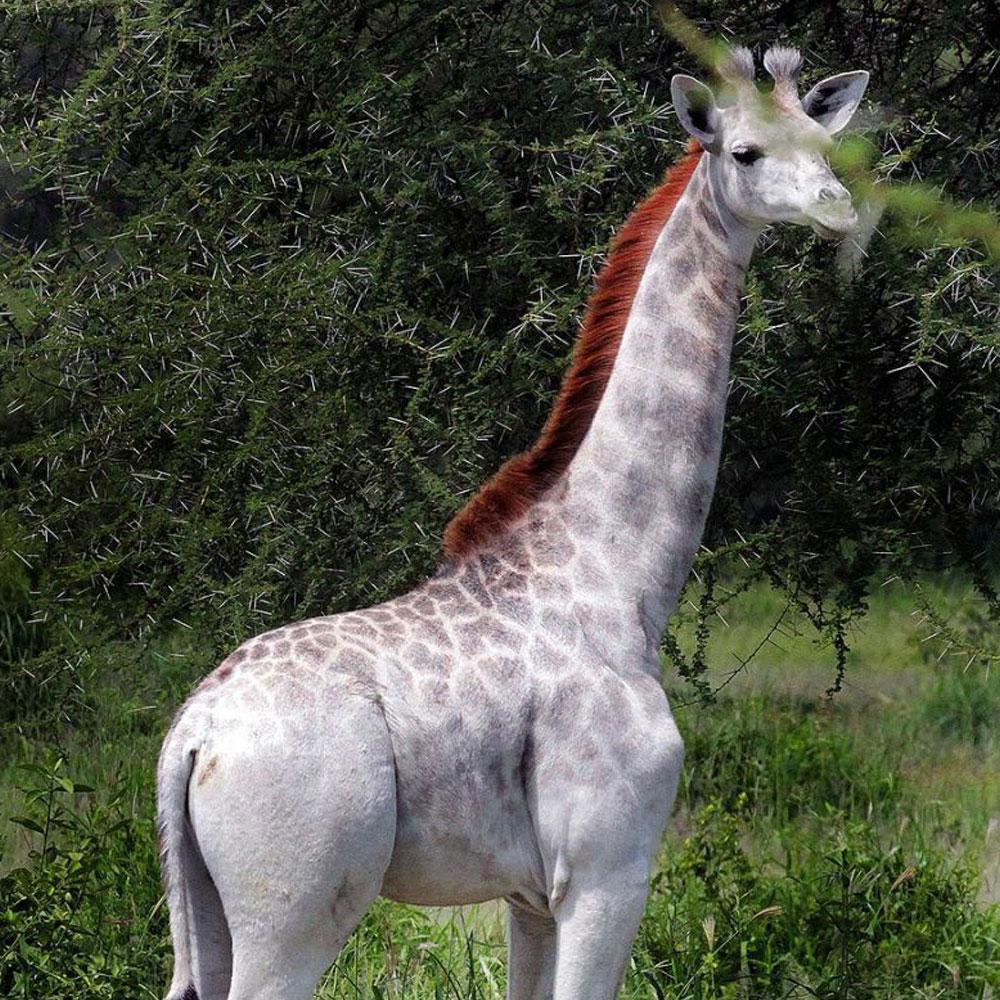 Mohammed Ahmednoor, the manager of the society, explained how they were very happy to assist protecting “unique wildlife like the only known white giraffe.” They settled on fitting the endangered animal with a tracking device and monitoring his whereabouts in real time. The device has been attached to one of the giraffe’s horns as of 8th November, and they provide hourly updates on his location. This way, they can “keep the unique animal safe from poachers”. With their efforts, there might be a brighter future ahead for white giraffe’s.